A cash award of $400 presented with a citation at the University's March special ceremony, as well as the use of the best reserved parking place in the University's parking lots for a period of one year, starting on September 1 of the year in which the prize is awarded.  The value of the award may be adjusted by the Board of Regents from time to time to reflect changes in endowment returns.

Any employee of the University (full-or part-time, permanent or limited term, faculty or administrative or support staff) who was employed at the time of the nomination and is still employed at the time of the ceremony at which their prize is awarded.  No employee may receive the award more than twice in a five year period.  Employees must be nominated by another employee or student of the University or a member of the community with substantial dealings with the University.

The Vice-President of Programming and Communications will chair the selection committee. Faculty, administrative staff and support staff have the right to be represented on the committee. Each year, this committee will consider nominations for the award and choose the recipient. Committee members will be elected by their peers following a call for nominations issued by the Chair. If no nominations are received by January 15 for committee membership, the Chair may invite members of the employee groups to join the committee.  The names of the nominees and the work of the Committee will be confidential.

Complete and sign the Caritas Award application form. Provide specific examples of 1) the ways in which the person nominated lives the values of the University and 2) the impact that this has on students, colleagues and community members.

Nominations must be submitted by February 15.

Source of the award

This award was created in 2013 through a donation of Dr. Pierre Zundel, 13th president of the University of Sudbury, in recognition of the outstanding efforts of the employees of the University in the service of their colleagues, students and community.

RECIPIENTS
A- A A+ 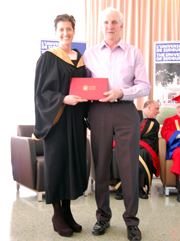 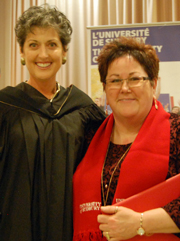 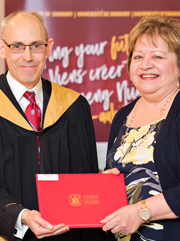 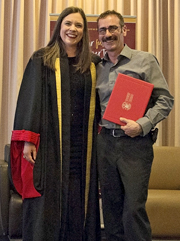 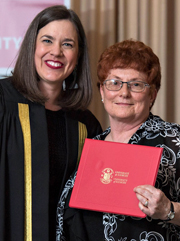